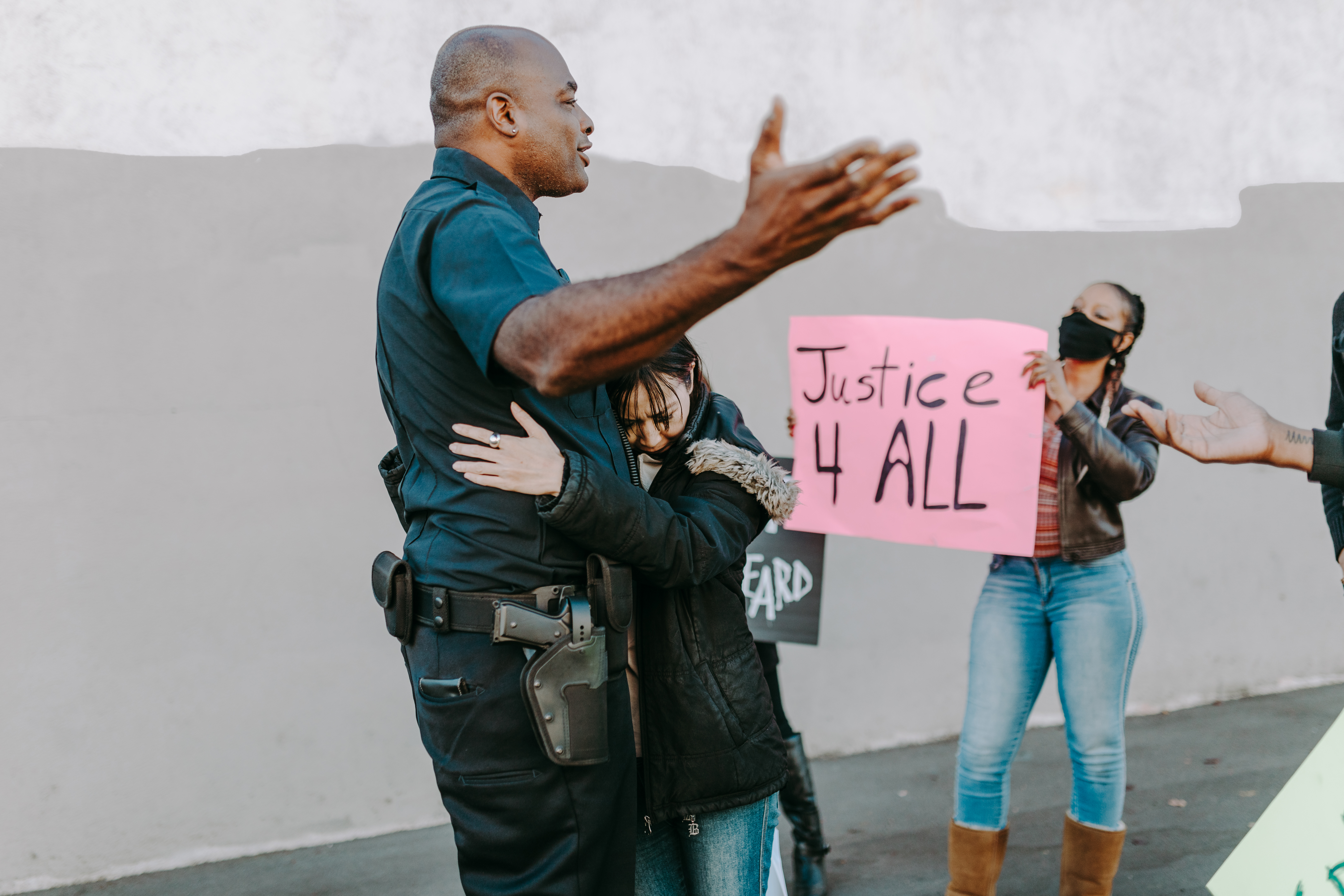 The All Seeing Eye of ancient Egypt, depicted on the Great Seal of America, represents a fractal logic concept of Political Freedom that is now re-emerging in a new global understanding. The ancient concept revealed its lost mystery when the science of quantum mechanics was extended to the evolutionary biological science of quantum biology. Now there is an obvious advantage that various religious denominations and secular institutions could gain by sharing a moderate and rigorous ethical understanding of the optical principles that underpin spiritual reality, which exists within a holographic universe.

The ancient Babylonian and Egyptian Mystery Schools shared a common denominator with other ancient Eastern philosophies, which helped bring about the life science of Western classical Greece. This essay focuses on the ancient civilizations of Egypt and Greece, but is relevant to a multitude of global spiritual aspirations, based on that common denominator. Namely, an intuition to employ fractal logical reasoning in spiritual matters. That insight is now re-emerging as a fundamental aspect of the new quantum biological science of life.

During the early Egyptian kingdom, geometric knowledge was needed to remeasure the boundaries of the rich and fertile farms, lost during the annual flooding of the Nile. There was another separate sacred geometry, one that extended its logic to the infinite world of the fantastic immortal gods. Egyptians. During the second kingdom, this ancient fractal geometric logic became the basis for integrating the concepts of mercy, compassion, and justice into Egyptian political law. When the Greek philosopher Pythagoras went to study political ethics in the Mystery Schools of ancient Egypt, he successfully devised an experiment in harmonics, known as the Pythagorean Coma. This aspect of the Pythagorean discoveries of the Music of the Spheres associated ‘Freedom’ with political mathematics pertaining to the Eye of Horus, the All Seeing Eye.

Science now recognizes that the only known geometric logic that extends to infinity is fractal logic. From the 5th century until now, the Western religious worldview forbade any science of life to be linked to that pagan logic. This was shown to be superstitious ignorance when optical nanotechnology revealed that Platonic fractal optics functioned within human DNA. NASA’s High Energy Astrophysics Division has published papers arguing that classical Greek life science was based on fractal logic. The fractal concept of political freedom is depicted on the US one dollar bill and refers to the Pythagorean comma experiment. However, at the time of the drafting of the Constitution of the United States of America, a serious scientific error occurred, resulting in unbalanced scientific confusion.

One of the founding fathers of the Constitution, Alexander Hamilton, explained this problem. In fact, he wrote that Liberty was associated with physics and geometric principles. However, the Constitution was based on physical principles published by Sir Isaac Newton. The unpublished articles of Newton’s Heresy were not discovered until the last century. Sir Isaac Newton’s conviction of the existence of a “deeper natural philosophy to balance the mechanical description of the universe…” was based on Platonic physics and mathematical principles.

The Christian Church banned the balanced worldview concept of political liberty during the 5th century, some 1,300 years before the writing of the American Constitution, Newton’s equilibrating fractal worldview, now at the forefront of biological political science, had been omitted quantum. , leaving a confused understanding of Pythagorean mathematical proof, which dealt with human freedom within a material universe balanced by the workings of a spiritual or holographic reality. The relevant technologies are now known to be essential prerequisites for healthy biological growth and development across space-time.

During the reign of Pope Cyril of Alexandria during the 5th century, a Christian mob burned several centuries worth of fractal logic research scrolls in the Great Library of Alexandria, raping and murdering its custodian, the mathematician Hypatia. Saint Augustine, at that time, officially recorded that his fractal mathematical logic was the work of the devil. In his book The Decline and Fall of the Roman Empire, Edward Gibbon wrote that Hypatia’s death marked the beginning of the Dark Ages of Western civilizations.

Western civilization is only now beginning to emerge from the Dark Age corruption of Plato’s spiritual optical mathematics (revised for physics by the father of optics Ibn Al Haytham during the 11th century). That lost logic is now an indisputable component of the new platonic-fulerene chemistry of fractal quantum biological medical science, now emerging throughout Europe and America. Fullerene Chemisty, is based on the holographic engineering principles of Plato’s spiritual optics, as noted by Harvard University Novartis Chair Professor Amy Edmonson in her online essay The Fuller Explanation.

The hierarchy of the Christian Church, long a sworn enemy of concepts of political democracy that are based on the science of spiritual fractal logic, has not yet relinquished its role in the corruption of said physical logic. This attitude denies open debate on global political issues. in total disregard of the Platonic Science of Universal Love of the third century BC. C., from which the Knights Templar and later Freemasonry (correctly or incorrectly) were linked with the teachings of Jesus Christ, as in the Jefferson Bible, which is in the Library of American Congress.

It can be seen that the civilization is still in the Christian Middle Ages. This is aided by the fact that the University of Cambridge, from 1932 to the present, internationally requires that the fundamental studies foundation of the student’s Core Curriculum be linked to the essay by philosopher FM Cornford. entitled Before and after Socrates. This essay contains the ridiculous claim that Plato can be considered one of the greatest fathers of the Church, when St. Augustine cursed his spiritual mathematical fractal logic as the work of the devil.

To add insult to injury, Western culture forbids linking life science to fractal logic because 20th century science was governed by an inadequate understanding of the second law of thermodynamics, which calls for the complete destruction of all life. in the universe, prohibiting any platonic fractal. -science of life to exist. That law, which still governs modern science, stemmed from the unethical policies of the 13th-century Church (later witch burnings) of Saint Thomas Aquinas. The Reverend Thomas Malthus used the policies of Thomas Aquinas as the basis for the ruthless economic policies of the East India Company, which, during the 18th century, were cited by Charles Darwin as consistent with the second law of thermodynamics, which now they impose a financial Hell on Earth.

During the 1980s, the Australian Science and Art Research Center used ancient geometric logic to demonstrate the existence of new life science physical laws associated with the Pythagorean music of the spheres. The mathematical proof is reprinted from Italy’s leading scientific journal, Il Nuovo Cimento, as a major 20th-century discovery from the world’s largest technological research institute, IEEE Milestone Series in Washington. Despite that published fact, most scientists refused to entertain the claim that the work was based on the forbidden logic of fractal life science.

However, in the eminent science book, The Beauty of Fractals-Images of Complex Dynamical Systems, by H Peitgen and P Richter, a chapter on the extension of quantum mechanics to quantum biology is titled Freedom, Science, and Aesthetics, written by Professor Gert Eilenberger, the director of a German scientific institute. Within his insightful article, he wrote about bridging “rational scientific perception” with “emotional aesthetic appeal” through fractal-optical logic. This seems to echo the ancient fractal geometric reasoning of Pythagoras, when he associated the optical mathematics of the All-Seeing Eye with the concept of political freedom.

To be sure, the Church is now honor-bound to cease its corruption of scientific practices. The earth revolves around the sun and was never the center of the universe. Spiritual reality now refers to ethical or divine holographic reality and we can all pay tribute to the devout Christian Scientists who were later punished for trying to explain the Platonic science of universal love once taught throughout Italy during the 1st century BC. by the historian Cicero.