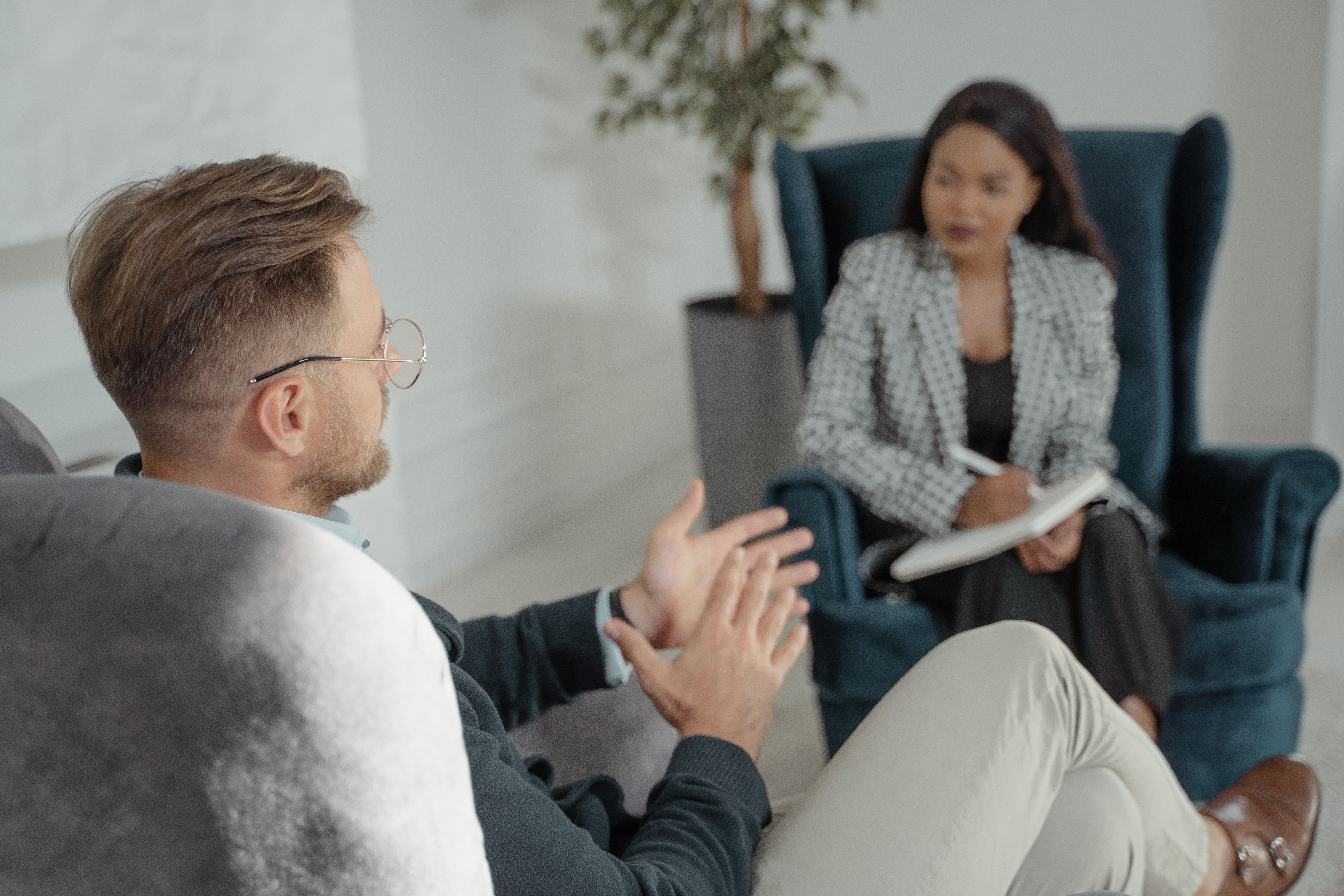 Most people would agree that the Internet is a fun and convenient resource for making new friends and learning new things. As technology advances, so does Internet accessibility. People can now surf the internet via cell phones, laptops, and palm pilots. The Internet is everywhere, from libraries, Internet cafes, and school campuses across the United States.

While the Internet has made shopping, communication and research easier, it has also made the world much more technically complex. Software companies spend millions of dollars trying to protect users against hackers, predators, and scammers. Sadly, these companies seem to be one step behind the cybercriminals, who are very smart and skilled at exploiting. These criminals do not lurk in alleys or bars; Instead, they roam the information superhighway and prey on the vulnerable. Internet predators come from various types of social, economic, and ethnic backgrounds. Internet predators are very difficult to detect because most of them appear to be non-threatening and some even have very prestigious occupations. A great example of this is Senator Mark Foley, who used the Internet to take advantage of teenagers working in the White House.

Many adults know very little about the online world. Most children end up teaching their parents to use the Internet. Children are being taught the Internet in high school, which is generally a good idea, but can create some problems, such as children having more

technical experience than their parents and teachers. The average teenager knows more about setting up, downloading, and installing programs than their tutors. Parents often feel that they cannot learn computer skills, so their children are often left in charge of

computer. Parents and children are in a bad situation because parents do not know how to use the computer and children lack the experience and maturity to make sound decisions about online safety. Parents often underestimate the dangers that lurk online, and sadly, our kids are paying the price for it. At any given time, there are 50,000 child predators online looking for their next victim. These criminals use websites such as Myspace, AOL, and Yahoo to facilitate communication with unsuspecting children. The best way to keep children safe is through education, supervision, and the installation of software to protect against online predators.

When most people think of the word “predator,” they think of a lion or a bear, because these animals hunt weaker and smaller prey than they do. According to the American Heritage Dictionary, a predator is defined as: “One who victimizes, loots, or destroys, especially for his own benefit.” Internet predators behave this way because they target children who are emotionally, intellectually and physically weaker and then exploit them for their own sexual gratification. Pedophiles no longer have to stalk playgrounds or toy stores; instead, they can access the Internet and locate a modest child in seconds. Parents have a hard time protecting their children from threats that they cannot see themselves. Internet Predators poses a much greater challenge for parents and children because the Internet is everywhere.

It is a well known fact, many children know more about how to operate a computer than their parents. Children generally begin to learn basic computer skills from elementary school. The first step in keeping children safe is for parents to educate themselves about the dangers online. Parents can do this by watching television, reading newspapers, or talking to the local police department. Parents should also have basic computer skills, such as learning to operate the computer, use the Internet, download and install programs. Many colleges and trade institutions offer inexpensive computer classes. Parents can also get help from neighbors or friends who are proficient on computers. Then parents should educate their children about dangers online because

According to the FBI, one in five children will be solicited by a pedophile online. When children understand the dangers that exist online, they are less likely to become victims. Most parents spend time telling their children about the dangers of talking to strangers, and this same principle should apply online as well.

Learning to use the computer is an essential step in keeping children safe, but parents must also understand who they are protecting their children from and how they operate. Most online predators make contact with children through Internet chat rooms, forums, and instant messages. Online predators often visit local chat rooms. These predators keep up with local trends such as popular music, television, and hobbies. Online predators often spend a great deal of time, energy, and even income getting to know their victim. Some predators try to gain the trust of victims by sympathizing with their problems and then gradually introduce sexually explicit material to their targets. This process is often called “preparation.”

Now that we understand how the predator works, we must understand what types of youngsters are most susceptible to becoming victims. According to bewebaware.com, “Teens who are new to online activity, actively seeking affection or attention, curious about their sexuality, or attracted to a subculture other than their parent’s world, are more likely to become victims. “. This makes sense because this is the time when teens are discovering who they are and where they belong. This makes them an even more attractive target for pedophiles, because teens are open to suggestions. Parents can counter this by talking to their children about online threats and

keep the lines of communication open. Education is the most important tool because, like the Internet, it can be accessed from anywhere.

Most parents would never consider allowing a stranger to enter their home and spend time with their children unsupervised. The Internet should not be treated differently. Supervision in this context includes monitoring the computer when children are online and setting rules for computer use. Parents should try to accompany their children online and observe the websites they visit. This is especially true for children who are new to the Internet. If a parent is comfortable with their child being online, they can make sure the computer is located in a common area of ​​the house. Computers with Internet access should never be placed in a child’s bedroom. It is much more difficult for a predator to form a relationship when the monitor is visible to the parents at all times. Parents should also establish some guidelines for their children’s Internet use. Most of the guidelines are common sense, like telling kids not to open emails or instant messages from people they don’t know. Parents should also educate their children on which chat rooms they can visit and who they communicate with in these rooms.

I advise parents to go to the chat room and monitor traffic on several different occasions before letting a child speak unsupervised. Daniel Armagh suggests that it is also a good idea for young children to share an email account with their parents, because the parents will know exactly what is happening through email. Parents may want to give older children their own email address, which is fine only if the parent knows the password and monitors all incoming and outgoing communications. Parents should also have rules regarding meeting people on the Internet. These rules must be strictly enforced. One of those rules is that if a meeting is held, the parents must be present. According to Andi Atwater, “Households that have a rule about meeting acquaintances online (which have 74% of households) cut the likelihood of this happening in half. There are other things parents can do, like choosing a Gender neutral name display that does not contain sexually suggestive words or reveal personal information.

Good examples of gender-neutral screen names are Scorpio343, Gametime747, or logic372. Avoid screen names that have words like girl, boy, princess, prince, Barbie, flower, or numbers that may indicate age, zip code, or area code. Also avoid screen names that have the school mascot or logos. Children should never have their profile photo in a chat room. Since the Internet can be accessed from virtually anywhere, it is unreasonable to expect parents to be able to monitor their children surfing while their children are at school or at friends’ houses. However, parents can find out what kind of safeguards these places have to keep children safe. The Internet is a great place for children to explore and a great resource for children to learn new things, play games, and communicate with their friends, and parents should travel the Internet with their children.

The third and final security measure that parents can take is to install software such as parental control software. Parental control software is a type of program that can be installed on a computer that limits the places a child can visit online. Some parental control programs can even monitor all incoming and outgoing communications. This means that you keep track of every email, instant message, and website your child sends or receives. This software is usually easy to install and use. Adopting these measures will ensure the safety of children on the Internet.