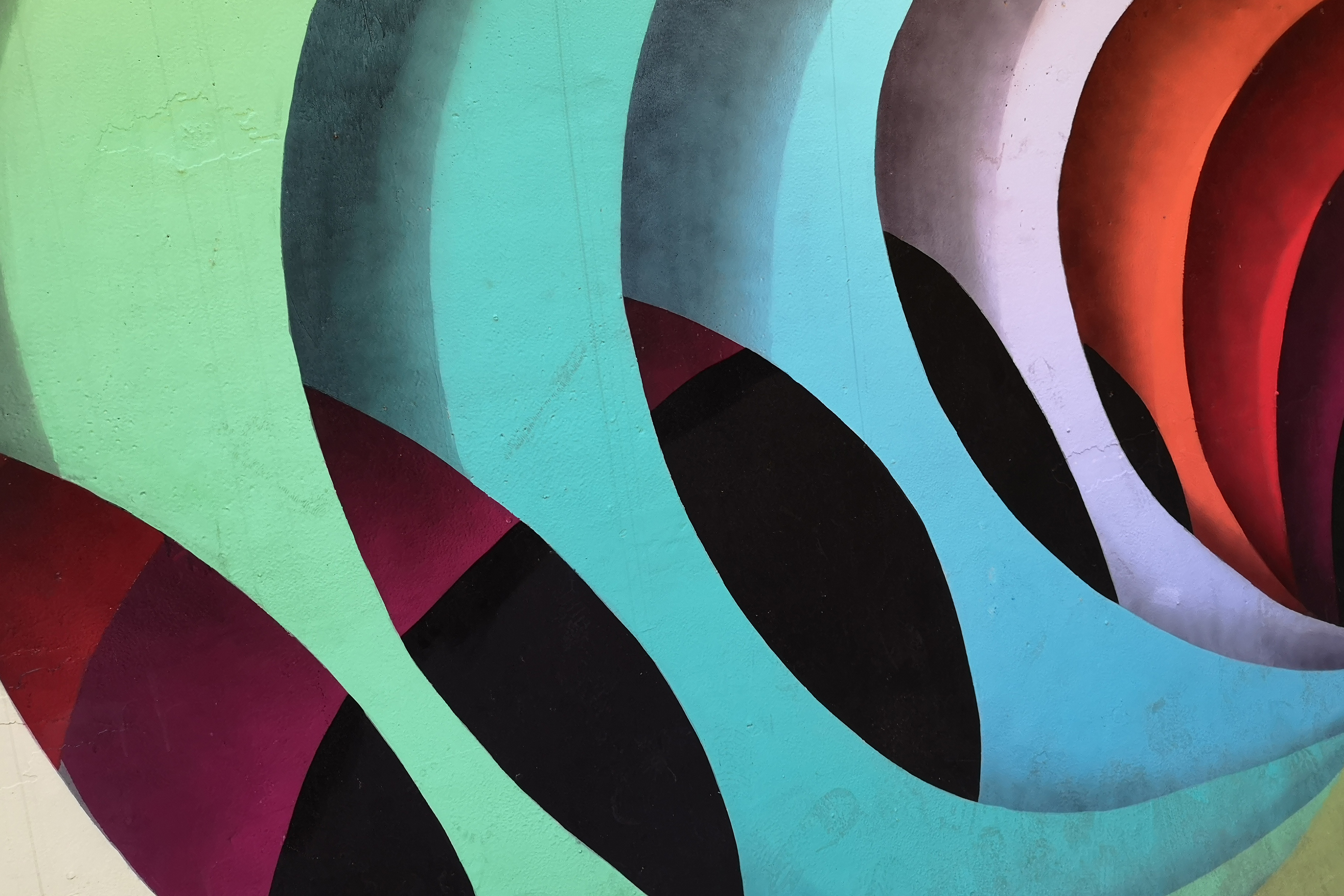 “In some strange way, an electron or a photon [or any other elementary particle] seems to ‘know’ about changes in the environment and seems to respond accordingly,” says physicist Danah Zohar.

A group at the Weizmann Institute in Israel has performed a variation of the famous “double slit” experiment. They used electrons, instead of photons, and observed how the resulting interference pattern (which indicates the wave properties of the particle) dissipated the longer the electrons were observed passing through the slits. As a wave, the electron passes through both slits simultaneously but if, according to E Buks, it “feels” that it is being watched, the electron (as a particle) passes through only one path, diminishing the interference pattern. Elementary particles (such as photons and electrons) seem to possess a certain degree of “intelligence” and awareness of the environment. Renowned plasma and particle physicist David Bohm says, “In a sense, a rudimentary mind-like quality is present even at the level of particle physics. As we move to more subtle levels, this mind-like quality the mind becomes stronger and more developed.”

Consciousness appears to be as fundamental a property for elementary particles as the properties that make it “matter” or a “physical force” (eg, mass, spin, and charge). And just as mass, spin and charge differ from one particle to another; different particles are likely to have different degrees of consciousness.

Bohm says that “a particle has a rich and complex internal structure that can respond to information and direct its own motion accordingly.” This is most evident in more massive particles and Bose-Einstein condensates that behave like superparticles.

A single isolated particle would have some degree of consciousness (or awareness of the environment). However, elementary particles of low energy and low frequency (as currently described in the “Standard Model” of physicists) easily lose their consciousness property when they become entangled with other particles and decoherence sets in. This state is analogous to the state of a demagnetized metal object. Although all individual atoms are, in some sense, magnets, no magnetic fields are observed. However, once the atoms in the metal object line up with their north and south poles pointing in the same direction, they begin to exhibit the property of magnetism.

Therefore, elementary particles will exhibit their intrinsic degree of consciousness when they are isolated or when a group of particles share the same quantum state. This means that bulk matter in a non-coherent state is effectively unconscious. This author refers to the study of sentient particles as “quantum metaphysics”.

In 1959, physicist Richard Feynman pointed out that all the written words throughout the history of the world could be contained in a cube of material a tenth of a millimeter wide, as long as those words were written with atoms. Now scientists have done just that, creating atomic-scale memory using silicon atoms instead of the 1s and 0s that computers use to store data. Scientists at the University of Wisconsin at Madison have been able to read and write at room temperature to a memory unit that uses a single atom to store one bit. The memory density of this memory unit is comparable to the way nature stores data in DNA molecules.

How much information can an atom store? Scientists have written the word “OPTICS” on a single atom, demonstrating the enormous information capacity that exists even in an individual hydrogen atom. This was done by sending one of its electrons into a “Rydberg state”, in which it no longer exists as a cloud of charge enveloping the nucleus, but instead becomes a “wave packet” that surrounds the atomic nucleus like a planet around the Sun. By applying a series of pulses, a set of wave packets can be created that combine with each other like water ripples and cancel each other out at specific places to form patterns around the atom. Carlos Stroud of the University of Rochester and Michael Noel of the University of Virginia point out that an electron in an n=50 Rydberg state has 2,500 possible angular momentum states that can be combined in various ways, demonstrating the enormous potential of even elementary particles. to store and transport large amounts of information.

Can a person’s memory with all its visual, auditory, tactile and other information be transmitted in a wave-particle? It is remarkable that however complicated a wave is, it can be described as a combination of many simple sine waves of various frequencies and amplitudes. This is how you can hear an entire orchestra from the single vibrating cone of a loudspeaker. When they are turned on and off at irregular intervals, or when they are modulated in intensity or frequency, the waves can carry a great deal of information. The higher the frequency, the more information the wave can encode. Storing memory in wave interference patterns is remarkably efficient and could accommodate the vastness of human memory. For example, holographic encoding of wave interference patterns would allow all the books in the US Library of Congress to fit on one large sugar cube.

Every subtle body has a nucleus, which the metaphysicians Charles Leadbeater and Annie Besant have called the “permanent particle.” Leadbeater calls the nucleus of the higher etheric double a “physico-etheric atom”. According to Leadbeater and Besant, information about the relevant subtle body is stored in this particle (its composition, frequency, structure, and associative memories). In this way, the experiences that the subtle body has lived in a particular universe are stored or linked to this core, which can be more easily transferred to another universe and body through microscopic wormholes.

The particle is analogous to DNA in the biomolecular body. DNA is known as a “bioparticle” in the medical literature and stores or links vast amounts of information about a particular life form. Hindu metaphysics describes these particles or nuclei as “bindus” and Tibetan yoga as “drops”.

The physical-etheric core is transferred to higher energy bodies when the subtle body dies, serving the same purposes as a “black box” flight recorder on an airplane to preserve information about a particular lifetime’s experiences. This core is also responsible for the review of life in a near-death experience. According to Besant, the permanent particles are used to retain within themselves as “powers of vibrations” (ie, different frequencies and waveforms) the results of all the experiences they have undergone. At the end of a life in the physical body, the permanent particle (or physical-etheric nucleus) will have accumulated “innumerable powers of vibration” (ie, a set of waveforms of different frequencies).

The physical-etheric core allows the transfer of information from one body (in one universe) to another body (in another or in the same universe) during the process of (physical) death. Were it not for this transfer, experiences in the physical (3d) universe may be difficult to access or reconstruct at a later date. Information about ourselves has to be “uploaded” to another “player” (ie a body) in order to continue our personal existence. Advances in science suggest that the nuclei of the various subtle bodies can carry a large volume of complex holographic information about their corresponding bodies and experiences.

As quantum physics has shown, elementary particles also behave like waves, depending on the experimental setup. Bose-Einstein condensates can behave like superparticles, and thus also like waves. If a gas is cooled to a millionth of a degree above absolute zero, the atoms lose their identity as individual particles and behave as a single entity, a kind of “superatom” with laser-like characteristics. They then take on the weirdness of quantum objects, including wave-particle duality and the ability to quantum tunnel from one place to another. Therefore, sentient particles can also propagate as waves.

Stuart Hameroff believes that a kind of protoconsciousness is a fundamental feature of the universe as a whole and exists on the nearly infinitesimal Planck scale. “Could proto-sentient qualia simply exist in the empty space of the universe?” he asks.

The Zohar says that there is no reason in principle to deny that any structure, biological or otherwise, that contains a Bose-Einstein condensate can possess the capacity for consciousness. She argues that for there to be an integrated “I,” something must account for the unity of brain states associated with each element of an experience. In a sense, the separate elements must be in phase with each other. A Bose-Einstein condensate typifies this type of unit. She suggests that the brain has two interacting systems: the Bose-Einstein coherent condensate associated with consciousness, and the computer-like system of individual neurons. According to her, the electrical activity observed in the EEG can be a bridge between the two: if either system is excited, it would produce an electric field that would act on the other.

The zero-point field (or quantum vacuum) itself can be thought of as a Bose-Einstein condensate, filled with photons and other zero-energy bosons. This arises from the commutation rules where the field is quantized according to Bose-Einstein statistics. This provides a foundation for a field of consciousness that is present everywhere in our universe.

The various elementary particles come in strictly identical copies. An electron is no different from any other electron. In fact, Richard Feynmann (following up a comment by John Wheeler) speculated that all the electrons we measure may actually be one and the same electron.

We can call the conscious zero point field the “atman field”. Each individualized atman or “atman particle” can be considered a fundamental unit of consciousness and an excitation in the atman field. Each elementary atman particle is indistinguishable from another. When the excitation subsides, the particle disappears and is indistinguishable from the field.