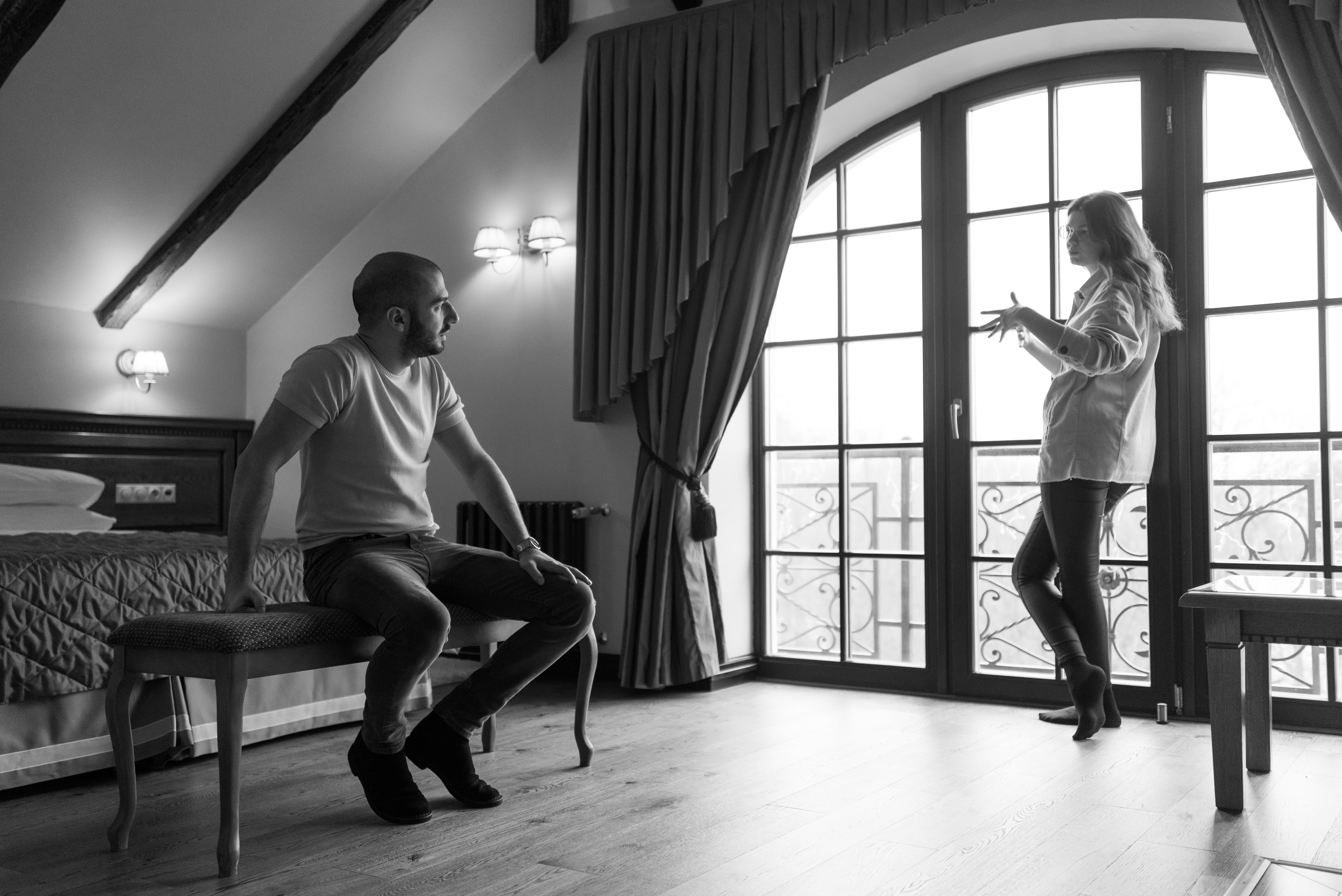 I sat down last night and tried to figure out how many total youth sports games I had attended for my three children over the years. I’m not sure why I did this. Maybe he was bored. Or maybe it was the realization that my youngest son was turning 13 and that this stage of our lives would soon be over. It was almost impossible to calculate, but each of my various estimates took me close to 1000 games. Could that really be true? And I didn’t even try to guess the number of practices to boot. By any measure, it all added up to a huge amount of time spent on kids’ sports. And the vast majority of it was fun.

I guess when you combine all the time you spend at youth sporting events with the basic reality of human nature and emotions, it’s statistically inevitable that one will witness a wide variety of incidents ranging from the hilarious to the most moving. most embarrassing. And unfortunately, when I think about it, I can’t help but be reminded that it was adults who were almost universally responsible for every single embarrassing behavior I witnessed, while children monopolized ownership of the hilarious and heartwarming events. It’s funny how it worked.

While the embarrassing behaviors of parents and coaches make news columns and blog essays interesting and easy, there’s plenty of entertainment worth telling about the funny and heartwarming things about kids. Fortunately, these stories outnumber the embarrassing ones by a wide margin. Here’s one that came to mind the other day.

One year I had a boy on one of my little league baseball teams whom I will call Simon. Simon was the quintessential Little League player by my definition. He was early for all games and practices. He was always fully decked out in baseball paraphernalia, complete with all the coolest accessories like double-wrist sweatbands, flip-up sunglasses, and a large ball of Bazooka gum neatly stuffed into his cheek. His ability to spit on him was second to none, and his knowledge of major league statistics and trivia would make Tim McCarver blush. He loved baseball. Unfortunately, her athletic abilities and his coordination did not match his love and passion for the game.

Due to his weaker skills, Simon did not qualify for the “major” league and therefore played on my “minor” league team with much younger players. He was approaching his final year of eligibility to play in the Little League, and Simon had spent his first few years in the league racking up a lot of time on the bench, doing a lot of chores only in right field, and mostly hitting last, if at all. he did sometimes. (as strange as it sounds). He had never been to the pitcher’s mound except to cross it on his way to right field. His parents had written to me at the beginning of the season to say that his past experiences had been demoralizing and had nearly squashed his joy and desire to play the game. His stories of past experiences were disturbing, to say the least, and probably cruel by any standard of decency. I assured his parents that Simon had come to the right team this year.

On one particular early spring night, we were excited to play a game under the lights at one of the best fields in town, usually reserved for the older players of the “major” leagues. It would be our team’s first game with real grass instead of dirt, real benches and a 200-foot fence marking the outfield perimeter. Great stuff for a group of 9 and 10 year olds with visions of baseball greatness still innocently dancing in their heads. And for Simon, it was baseball fantasy brushing against reality as he jogged across the lush grass field with the giant spotlights illuminating the perfectly manicured diamond. He walked out onto the field with his usual professional gait, blissfully ignoring the likelihood that any ball hit in his direction one more time wouldn’t land safely in his glove. For Simon, that wasn’t a devastating concern. Like his mistakes in the past, if another one happened, he would shake his head one more time, smack his glove a bit, and raise his hand to us coaches, as if to signal, “I should have made that one, coach. But I’ll get it.” “. next.” And we’d just give him the thumbs up and yell at him, “Nice try, Simon!” It was a pretty good arrangement; stress-free for all of us that way.

Being the true professional that he was, he half expected Simon to doff his cap to the dozen or so “fans” as he made his way to his position. One thing was for sure, Simon would savor every precious moment of his Little League experience, as long as someone gave him the opportunity to do so.

Unfortunately, as is often the case in Little League, our excitement for the big game under the lights began to wane around the third inning as the opposing team proceeded to score 10 runs, with no end in sight. I’m sure you know the entrance well; base after base, mistake after mistake, stolen base after stolen base, relief pitcher after relief pitcher. It was painful for everyone, especially on what turned out to be a cold and foggy night. And as if the baseball follies weren’t harsh enough, there was another side effect of this “Bad News Bear” moment. The inning lasted so long that I began to notice some of our players on the field squirming, shifting and pulling at the crotch of their pants. Suddenly, while my fourth reliever was warming up, our second baseman bolted off the field toward our dugout.

“I have to pee really bad,” he replied with a look of desperation in his eyes. Damn those 24-ounce Gatorade bottles!

“Okay,” I said, “go ahead, but hurry up. This game is already taking too long.” As he headed toward the latrine, the first baseman came up right behind him.

“Coach, I also have to urinate badly.”

I said, “Go ahead, but hurry up.” Then comes the third baseman too.

“Sure why not?” I said. I was thinking from the looks of our next pitcher’s so-called warm-up pitches, this is going to be the longest inning in Little League history anyway. Hell, I thought, I might as well go myself. At least it’s probably warm in the men’s room.

As I looked at my nearly empty infield and realized that our only chance to convert a double play would have to come in front of two urinals and a sink, I also noticed that the opposing coach was upset about these additional delays. I couldn’t figure that out. I guess he wanted to continue our killing spree before his team lost momentum. Perhaps a future bench coaching position with the Yankees was on the line. Who should know?

To be fair, the entrance dragged on for an eternity. But given the current state of my inner picture, my biggest concern was who else might be suffering from the call of the wild. Back on bladder patrol, I once again scoured the field for more crotch twists and pulls. No one else seemed to be outwardly uncomfortable, but I suddenly realized that Simon was now jogging toward the dugout from the outfield as well. I met him at the fence and preempted his expected request by saying, “Yes, yes, Simon. You can also go to the bathroom if you need to.”

But Simon replied, “No coach, I don’t have to go.”

He said, “I have to get out of the game to rest my eyes.”

“The giant spotlights are too bright and are hurting my eyes. I’m afraid they might damage my retinas.” And without waiting for my response, Simon sat passively on the bench and calmly removed his wristbands and flip-up sunglasses. I didn’t even get a chance to ask him why he wore sunglasses to a night game or, since he did wear them, why he didn’t wear them to protect his retinas from flood damage. Simon sat politely on the bench, cracked open a fresh piece of Bazooka, and scanned the field with his usual enthusiasm, shouting a few cheers of support. “Come on, guys!” to his teammates whom he still believed could engineer a comeback. Simon wasn’t one to let reality ruin his baseball fantasy. And why should he? That’s what baseball is supposed to be at that age.

Seeing Simon sitting comfortably on the bench so naturally, I thought to myself, that was the final kick. Our team was getting hammered and the game wasn’t over yet, the night was freezing cold, my entire infield was peeing and missing action (probably getting hot under the hand dryer), my fourth relief pitcher was busy dribbling balls three feet in front from the plate during warmups, and now one of my players had kicked himself out of the game for fear of going blind.

The trainers and I had no choice but to look at each other in disbelief and then burst out laughing. You can’t make these things up.

By the way, Simon finally got a chance to cast that season for the first time. He allowed one walk, one hit and struck out one player. At that moment, for that boy, baseball fantasy became reality. The smile on his face proved it.