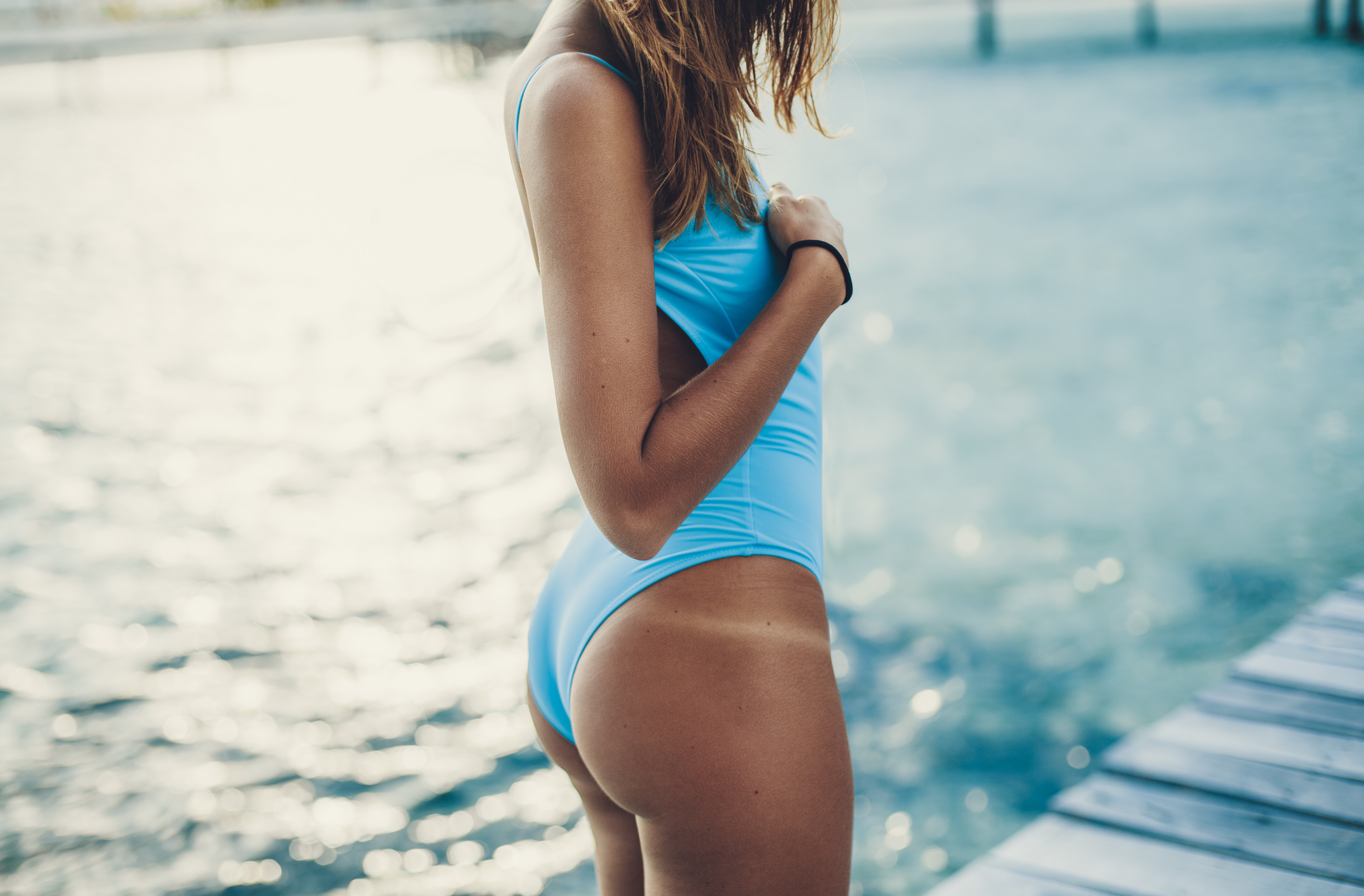 When my husband told me that I had won a package trip for two to Aruba, I sure did not knock it down with my enthusiasm. For me it was a Caribbean cliché with no real exploration or adventure. Of course, I now understand that he suffered from cold weather dementia caused by gray skies and freezing temperatures. In fact, it got so bad that I overheard myself complaining to a fellow from New England: “But we’ll miss almost half of March!”

Fortunately, my frost-fueled hiss attack dissipated shortly after our charter fight landed in Aruba. At the airport I had a slight start when I saw a hill of trash burning in the dump that overlooked the ocean. However, this monstrosity soon faded and was replaced by expanses of electric blue ocean that kept us company on the short bus ride to our hotel.

It’s easy to excuse a few minor blemishes in Aruba, the “jewel of the Caribbean.” Just 15 miles from Venezuela, Aruba is small, only 20 miles long and around 7 miles wide. It is the most popular of the “ABC” islands (Bonaire and Curaçao are B and C), a small group of islands that are part of the Dutch West Indies and enjoy perfect hurricane-free weather all year round.

With its strong economy, a harmonious population of less than 100,000, and a comfortable standard of living, Aruba seems like a political paradise. In fact, it has one of the highest literacy rates in the Caribbean and the average Aruba speaks four languages: Official Dutch, English, Spanish, and Native Papiamento, a mix of African, Portuguese, Spanish, and Dutch developed by slaves. from Curaçao in 1500 to communicate with their owners who had fled the Spanish inquisition.

We enjoy Aruba like most tourists do, in a South Coast resort. Starting in the capital city of Orangestaad near the western tip of the island, the resorts stretch up a ten-mile stretch to the expensive skyscrapers in the far northwest near Boca Catalina, a world-renowned windsurfing spot. Nicknamed “A Happy Island”, Aruba has plenty to amuse and delight all tastes. And, as we learned later, there is even a chance for a true white knuckle adventure.

But that doesn’t come until later. First is the sheer effortless fun of Aruba. GWV put us up at La Cabana, an all-suite resort across the street from Eagle Beach, prized for its soft, sandy shore. (GWV offers 7-day trips in the summer starting at $ 1025 per person) The kitchen, living room, two televisions, and phones were overkill for our needs, although we used the microwave to heat up the leftover snapper or schnitzel. The concept of light meals, aside from MacDonalds or Wendy’s, hasn’t really caught on, and it’s hard to find anything less than a multi-course dinner. The “Dine-Around Plan” we chose provided us with seven breakfasts and four dinners in a variety of restaurants. ($ 419 per person). For breakfast it was well worth the few minutes it took to take the bus up to one of the skyscrapers like the Marriott and the Aruba Grand where we got a great view and the rare treat of real and half and half milk. There are many goats in Aruba, but no cows, so what you normally get for coffee is sweetened condensed milk with the consistency of latex paint.

Speaking of goat, they serve a great version of curry at Boonoonoonoos, a popular tourist spot in Orangestaad that offers Caribbean food and cheerfully garish decor. The Jamaican Jerk Ribs were hot: 20 on a scale of 1 to 10. (entrees start at $ 21) Another highlight was Villa Germania, where you can savor delicious sauces al fresco (entrees start at $ 23) while gazing at the yachts in the harbor and the tourists heading to the casino next door.

Most days involved time on the beach, usually under one of Aruba’s famous divi divi trees, low, hunched specimens bent by the constant 15-knot trade winds. They provide shelter from the sun, which at 12 degrees from the equator is formidable. When we weren’t on the beach gazing at the turquoise water, we reveled in its warmth and translucency, the quality that makes it an excellent snorkel. Snorkeling is perfect for the weak of the water like me because it has the illusion of a great adventure, at the same time that it is very docile. Down there with the lemon yellow angelfish, I’m sure I wasn’t the only one with the mask and fins who pictured herself as an intrepid diver in the deep.

Aruba offers a host of organized activities on land and water. A morning orientation session at a local casino offered by GWV on our first full day was invaluable. Despite the hype, it was efficient – we were able to hear about sunset sails, jeep adventures, and snorkeling trips and then sign up at a discount. One of the favorites was the Jolly Pirate, a 4 ½ hour snorkeling cruise with a group of charming males serving rum poison and lunch and showing us how to swing from a rope. ($ 55 per person) We also liked the softer sunset sail ($ 40 per person) with snacks and open bar. (Yes, practically every activity in Aruba has an open bar.) Most of the boat and shore tours are offered by De Palm tours, the oldest and most established tour operator on the island.

It was on our DePalm bus tour that we got to see “the other Aruba.” (Approximately $ 42 per person for a half-day snorkeling tour.) The Atlantic Ocean crashes against the rocky north shore from the California Lighthouse in the far northwest to San Nicholas in the far southeast. Cacti and aloe plants dot the desert landscape that is enlivened by brightly painted houses. In Aruba, the color of the house is a family affair; even the ornate above-ground burial crypts are painted to match the deceased’s home. Our bus tour took us to the Natural Bridge, a coral formation that has been beaten off a bridge by centuries of surfing. Unfortunately, what I remember most about the site was having to pay a quarter to use a dirty toilet without toilet paper. I guess that’s extra.

Our favorite site was the Arikok National Wildlife Park with its abandoned gold mines and pirate castle ruins. We observed cave drawings and made friends with a very tame “wild” donkey in this nature reserve that covers about a quarter of the island. As our old tour bus bounced off the dirt roads that crisscrossed the vast park, the bus driver assured us that if the vehicle broke down (which actually seemed very likely at some points) we shouldn’t worry because “it’s impossible to get lost in Aruba “.

A few days later, when my husband and I were definitely lost in our rented jeep in the middle of the Arikok Natural Park, we remembered his words. We also tried desperately to remember where that bumpy road was, as we had wandered off the road looking for a shortcut to the Natural Pool, a place to swim on the north shore. Our shortcut became a dizzying series of washed-out trails strewn with boulders the size of washing machines. After two hours of fear, danger, and a heavy dose of marital tension, we stopped to get our bearings and have the discussion I’d been waiting for. (You see, he had insisted that we take this route.)

After a short but satisfying fight, we passed our remaining 6 ounces of warm water between us, watched the sun go down, and promised to work as a team. From our height we could see another garbage dump, a recently appreciated sign of civilization. “Wow, that landfill looks beautiful to me now,” said my husband. With a clearer head, we decided to get back on the road. By some miracle, we finally met an Aruban who was also lost but who was able to find his way out.

Please, dear reader, do not repeat our mistake. After our trip, I learned that off-road travelers are a big problem in the park. Park authorities are developing a map and guidelines to help visitors enjoy Arikok Park and its dramatic rock formations, greenery, prikichi (Aruba parakeets), and natural beauty without being an environmental pest or needing rescue.