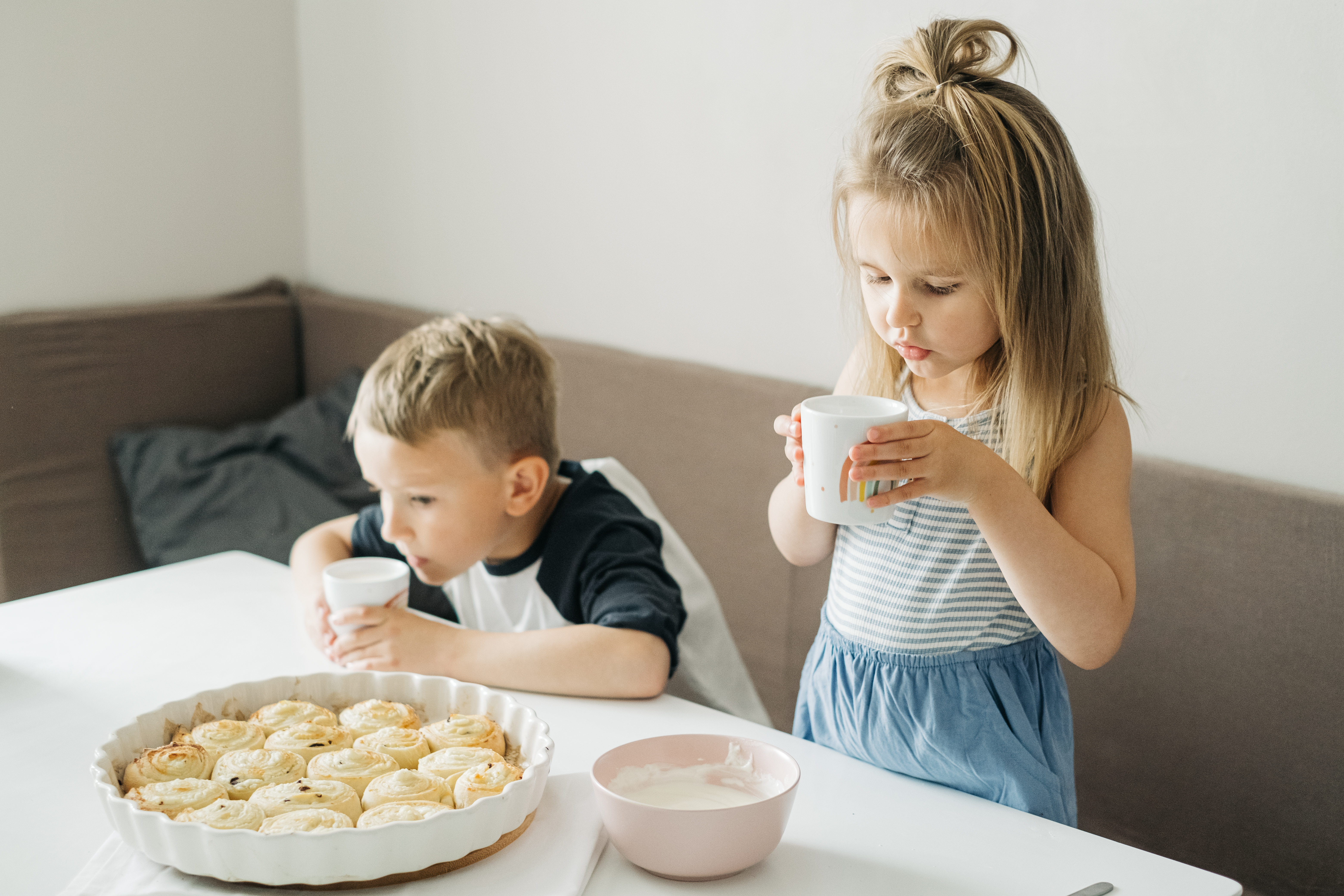 On our first day in Massachusetts, we (Peg, myself, and our dear friend Al Burrage) had a council of war and planned where we wanted to go and what sites we wanted to see. Peg’s main concern was to see Quincy, Massachusetts. Ever since he watched the TV miniseries based on John Quincy and Abigail Adams (and read the books, of course) and attended a history class with his mom at a local community college, Peg has wanted to visit the Adams homes. . . Visiting Quincy became our number one goal.

“Just minutes south of Boston awaits one of New England’s most captivating destinations, the town of Quincy (“quin-zee”). Dubbed the ‘City of Presidents’ and the ‘Birthplace of the American Dream’ , Quincy is the birthplace of the second and sixth U.S. Presidents, John Adams and his son, John Quincy Adams.Rich in historical treasures, Quincy’s impressive past remains vibrant today, as the city calls for an exciting future.”

Although our number one goal was to visit Quincy, Massachusetts and visit the home of John Quincy and Abigail Adams once we arrived from West Dennis on Cape Cod, our immediate goal was lunch. We saw many pubs and restaurants that looked interesting, but upon further investigation we found that they were closed. One even advertised twin lobster dinners for $16.95. I parked the car and walked to the restaurant only to find a sign declaring its opening time at 4:00 pm I cried at its closed door.

Walking back to the car I saw a Brazilian restaurant, Terra Brasili’s. They advertised a buffet lunch. We went to investigate. The buffet looked tempting. Peg decided to pay for her buffet by weight, while Al and I decided to try the full buffet for only $13.99. I was somewhat familiar with South American dining. On a trip to Seattle we discovered the Buenos Aires Grill, where we have already dined three times.

After helping ourselves to side dishes and salads, we were able to choose our meats. Since Peg paid by weight, he could only go to the kitchen once for a cut of lamb. Al and I received a “Yes” and “No” card to place next to our plates. As long as the card said “Yes”, the cook would continue to bring skewers of meat and cut sections at the table. Our only problem was with the lamb. It was over the top for our tastes. However, the filet, rump roast, sirloin, pork tenderloin, bacon wrapped chicken breast, and sausage were all cooked to perfection. The meat was served moist and undercooked. They all said, “I have died and gone to flesh heaven.” For about fifteen minutes I met him there.

After lunch we headed to the Adams National Historic Site. Peg signed up for the two-hour tour. Al wandered around the grounds and I put the seat back in our car and took a nap. The historic site was beautiful and I enjoyed what I saw.

“Located just eight miles south of Boston, this site commemorates the public careers and literary contributions of John Adams, the second president of the United States, and four generations of his family, including John Quincy Adams, the sixth president of the country. It is the only place in the nation where the story of two presidents can be told from birth to final resting place.

The park is 13 acres and has 11 historic structures, including two modest salt box dwellings that are the oldest presidential birthplaces in the United States. Start your tour here. John Adams was born in the north house in 1735, and about 250 feet to the south is the house where he in 1765 brought his new wife, Abigail Smith. His son, John Quincy Adams, was born in that house in 1767.

John Adams and his family lived in the second house when he wrote the Massachusetts Constitution, the precursor to the US Constitution, and this is where Abigail wrote many of her famous letters during the Revolutionary War, reminding her husband that “remember the ladies.” .”

The family mansion with its beautiful gardens is the beginning of the tour. Known as the “Old House”, John Adams bought this home from the Vassal-Borland family in 1787 and moved in with his family shortly thereafter. The Old House was home to four generations of the Adams family: two presidents, statesmen, authors, and scholars. It remained in the family until 1946, when the Adams Memorial Society donated the house, along with its contents and grounds, to the federal government.

As I rocked quietly on the mansion’s porch and waited for Peg to finish her tour, I received a call from a customer, Harry and David, the gourmet condiments people. We laughed and talked for a while. . . and I promised to eat three lobsters during the trip for my contact. It was hard, but I did it.

“The Old House has a vast collection of decorative arts, objects, furniture, and memorabilia acquired over nearly 150 years by different members of the family at various times. Adjacent to the Old House is the Stone Library, which was built in 1870 by Charles Francis Adams., grandson of John and Abigail.

Considered the first presidential library in this country, today the beautiful building houses 14,000 volumes accumulated by several generations of the family.

Looking in my rearview mirror I saw Peg get out of the cart and walk to the car. She was tired, however I was refreshed. We leave the historic site and head to the Harbor Express, which is next to the USS Salem site. The USS Salem CA-139 is now the only preserved heavy cruiser in the world. She is moored at her birthplace, the old Fore River Shipyard.

The USS Salem had a distinguished 10-year career as the flagship of the US Sixth Fleet in the Mediterranean and the Second Fleet in the Atlantic. During her career, she hosted personalities such as the United States ambassador to Spain, John D. Lodge; The Honorable Thomas S. Gates, Under Secretary of the Navy; Admiral Arleigh A. Burke, USN, Chief of Naval Operations; the Shah of Iran; the President of Lebanon and the King and Queen of Greece.

Although Salem never fired his mighty weapons in anger, his very presence served as an encouragement for peace during those troubled times called the Cold War. She served as a Lady of Diplomacy, rather than as a means of exerting brute force.”

Before Al and I were ejected from the cruiser, we entered one of the main turrets. I can’t imagine the massive damage that must have been done to someone’s inner ears inside the main gun like that. There is even an alarm bell inside. When that went off, he had to take down whoever was inside. These guns fire eight-inch projectiles weighing around 240 pounds at a range of up to 18 miles. It was fun to turn some of the controls inside the turret, but during a time of war I bet the walls just seemed to get closer. I could almost feel the pressure. . . and we still had the door open. We say goodbye to a friendly volunteer who works on deck (the volunteers are building a haunted ship for Halloween to raise money for the Sea Scouts).

We went up to the gangplank and were surprised to see a German submarine next to the Salem. Boarding the cruiser, all of our attention was focused on the heavy cruiser. It was a shock to see a two man submarine. I didn’t even know the Germans had such a thing during WWII. I knew the Japanese did it, but I didn’t know about the Kriegsmarine.

We walked around the submarine and when I got to a computer I checked information on the Internet about the mini-sub, which would have carried two torpedoes. During World War II, the German Navy built a very small submarine, designed for two crew members. The general name for that size of submarine was “seehund”, which means seal. The technical equipment of the small submarine was almost the same as that of the larger ships. In addition to the ship in Quincy, you can visit one in the technical museum in Munich: Deutsches Museum. Most of the “Seehund” survivors joined the Verband der Seehundfahrer, the SEAL-Sailors association. Klaus Mattes wrote Die Seehunde, an interesting book on the technical issues and operation of the German mini-submarine.

“U-5075, a training kleinst-u-boat, was brought to the US for testing and evaluation in 1945. Parts of it (periscope, passive sonar, and torpedoes) were later removed for a further evaluation. Our “075” was Then put on display at the Groton Submarine Base (SuBase), in front of the administration building. It sat there for about 50 years being ignored and neglected. It was then moved to the USS Nautilus Museum right outside the gate main SuBase. A marine survey (a professional damage/deterioration assessment) was done in 1997. A few years later, our museum in Quincy got the Seehund. This was because the Nautilus Museum needed the Seehund space to display the US Navy’s 50-foot Seehund four-man U-boat X-1. By the way, the X-1 also needs restoration.”

Al and I played with a gun location on the dock, as well as a mine. Although I used my shoe, I couldn’t get mine to work. There was also a jeep there but it was missing the seats so it was a bit awkward to sit on. Al and I finished our fantasy games and headed back to the car. Peg was a little grumpy. She only took a short nap. Peg waited for us to leave for hours. The cruise ship was actually closed, so we only played for about half an hour. . . and part of that was checking the ferry departures the next day for Boston.