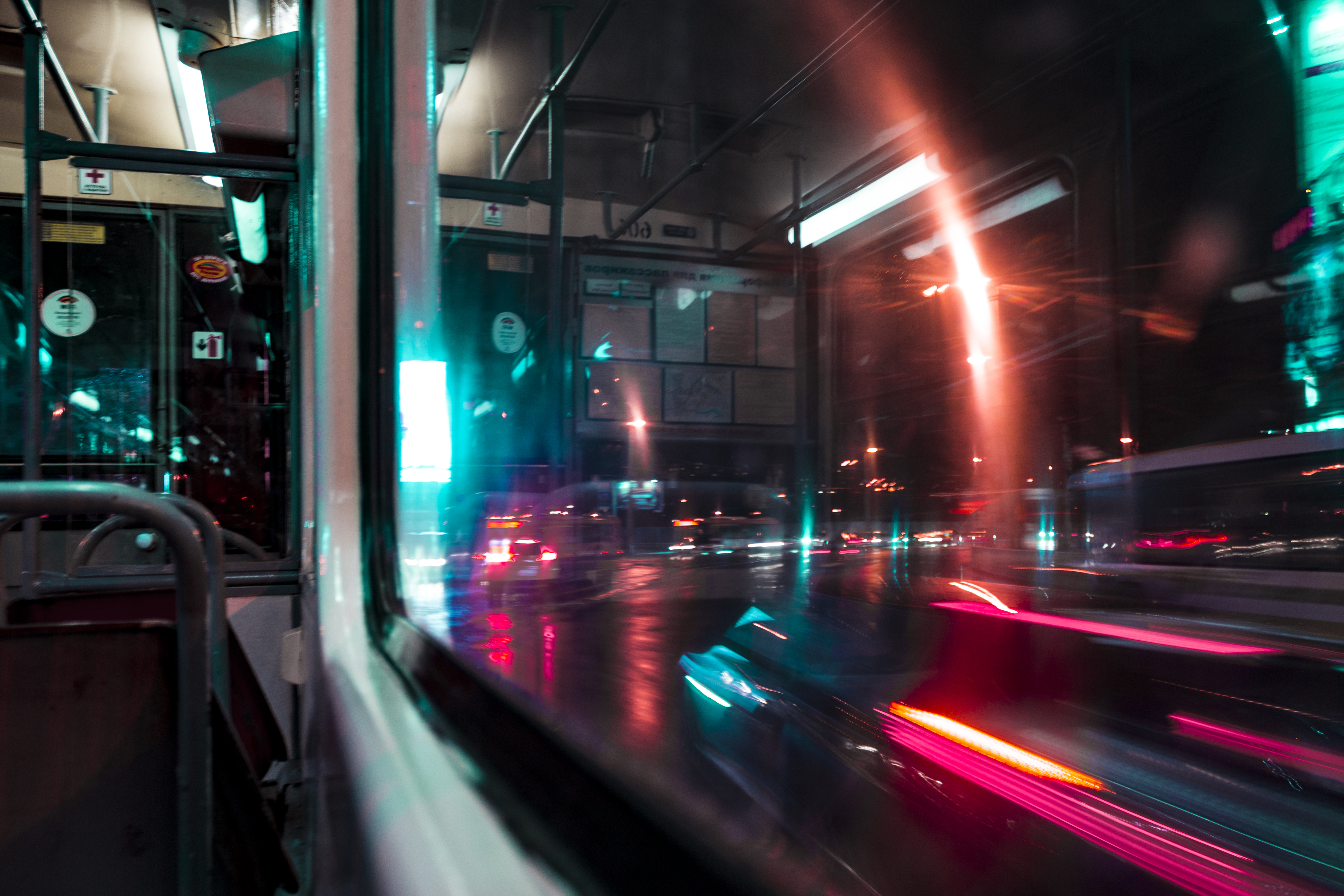 San Francisco is a lovely place. The whole city is like a popular theme park. “49-Mile Scenic Drive” is the best method to enjoy all the good places in this city. This driving course is very enjoyable for anyone with a driver’s license. The good thing about San Francisco 49-Mile Scenic Drive is that one can start from anywhere in the city. A visitor finds the posters with seagulls and begins to follow them. Also, if you run out of time and want to stop following the Scenic Drive sign, you can leave at any time. The official starting point is, however, the front of the San Francisco City Hall. 49-Miles Drive ends by returning to the starting point.

The starting point area of ​​49-Miles Drive is the cultural center of San Francisco. On the east side of City Hall, is the Asian Culture Center, where various Asian Cultural Exhibitions and Theatrical Art Performances are held. Last year they were showing traditional Japanese Kabuki. In the museum, there is a permanently posted Chinese Arts Exhibition. It also shows the history of Asian Americans. City Hall conducts wedding ceremony. There are couples who get married at City Hall and take photos in front of the park every weekend.

Now let’s follow the “49-Mile Scenic Drive” sign with the illustration of a seagull to drive to Japan Town as the next area of ​​interest. The San Francisco city area is full of one way roads like others. Geary Street in the center of town runs west. Turn left onto Geary Street and drive several minutes, the follower of 49-Mile Drive will start to see the main buildings of Japan Town namely Kinokuniya Building, Miyako-mall, Kabuki Theater Buildings. You will first see on your right from Geary Street the Japanese style pagoda with 5 layer roofs.

The Japanese-Americans who lived here were taken to camps in World War II and most of them did not return. Now not so many Japanese-American families live here. This place is for historical monument, Japanese restaurant and souvenir shops. For Japanese and Japanese-Americans, this area remains a convenient place to eat sushi and shop for Japanese books. There are several historical monuments in this area. 2 Chinese and Japanese characters engraved on the wall of the Pagoda square show all the hope for love and peace of the Japanese and Japanese-Americans. There are some shops and groups that provide training in Japanese dance, language, origami, drama, or music. From time to time, these groups have a booth in Japan Town buildings and serve tea and talk to people who visit here. They are extremely friendly. It’s a great place to hear English with a Japanese accent explaining Japanese traditions and stories.

Let’s exit Japan Town, turning right onto Post Street. 49-Mile Scenic Drive now takes the fan to one of the most famous and popular places for visitors. That’s Union Square. Union Square is a shopping center for visitors and residents. There’s Macy’s on South of Square, Neiman Marcus on the southwest corner, and Bloomingdale’s on Market Street. In addition, there are stores like Chanel, Louis Vuitton, Hermes or Gucci. There are world class hotels nearby. They include Westin St. Francis, Grand Hyatt, Clift Hotel, Villa Florence, Marriott, etc.

The history of Union Square is deeply connected to the Civil War. The name of this park is “Union Square” because campaigns for the Union Army were held here, and people noted that this square was a support movement of the Union Army. In 1903, the plaza built the Victory statue commemorating Admiral George Dewey’s victory at the Battle of Manila Bay. This “Victory” Victory Monument was modeled after a local heiress, Alma de Bretteville Spreckels. Union Square is precisely the “heart” of San Francisco. Every weekend, there are some ceremonies and events including art exhibitions. This square is famous for the Christmas tree and Christmas decorations sponsored by Macy’s. Please visit here again when Christmas comes around.

Rounding the corner from Union Square, the 49-Mile Scenic Drive takes the follower to China Town. China Town in San Francisco is one of the largest in the world in size and population. The Chinese living in China Town, San Francisco are predominantly Cantonese. Despite Japan Town, China Town smells of life. Visitors can hear a baby crying, upstairs from souvenir shops, or fighting voices, screaming loudly, on the second floor of a restaurant. China Town makes you feel more energetic than Japan Town.

Leaving China Town, the route takes the follower up the hill and leads them to Coit Tower on Telegraph Hill. There was history when a broadcast was made from the top of this hill. Coit Tower was built as city planning, adding another attractive architect to the city. Mural on the Tower is something a visitor must see. Partly depicting European life, the mural depicts Native American life. Coit Tower is not on the official 49 mile route. This place, however, is a popular spot that has an aerial view of the city. The problems are the traffic jam on the way to the top and the difficulty to park.

The route takes the follower to Lombard Street, the crookedest street in the world. The slope here was too steep to build a straight path and made a crooked path like this one. The road next to Lombard is so steep that it looks like a cliff when trying to get down. The visitor can make his passenger scream in fear.

The route now takes Leavenworth Street north. As the follower reaches the top of the hill, he begins to see San Francisco Bay and Alcatraz Island. Fisherman’s Wharf is near here. This place is always full of tourists. Whenever visitors come to this place, they can always find something interesting, fun and new. Visitors cannot visit this place without bringing a camera.

Continue west past Fisherman’s Wharf, the follower will pass Fort Mason and arrive at the Presidio entrance. Fort Mason is the city in the park, while the Beijing Olympic torch runner was running, instead of the scheduled and advertised road, due to the protest movement. Presidio Park is historically a Naval Base, like the movie. Presideo Park is a forest with old but elegant looking houses. The other reason visitors like this area of ​​Fort Mason and Presidio Park is the spectacular view of the Golden Gate Bridge. There is the pedestrian and bicycle entrance to the Golden Gate Bridge in the north center of Presideo Park.

The follower will see Greek or Roman style buildings at the foot of the Golden Gate Bridge. This is the Marina district. Visitors will find a hands-on style science museum here called the “Exploratorium”. Inside the museum, there are science projects that visitors can try out for themselves and see what happens, how it happens, and why. This is a great place for children.

The driving route eventually leads the follower to the Pacific Ocean beach. On the beach, there are families to play kite, walk the dog, run with young children. The visitor can take a break for lunch at “Cliff House”. This “Cliff House” was the guest house of the US President and other famous VIPs. The original Cliff House burned down twice, and is now a restaurant and souvenir shop.

The path now leads the follower to the southern part of the city. The visitor drives along the ocean side “Great America Parkway”, enjoying the view of the Pacific Ocean to their right. Passing the San Francisco Zoo on your left, drive to Lake Merced. You may be surprised to learn that San Francisco has many places to relax. This lake has fun from boating, fishing, and rifle shooting. You can just relax your eyes like local people do.

After driving to the south side of Lake Merced, Scenic Drive now turns north onto Sunset Boulevard. Sunset Boulevard runs from north to south and is one of the main streets in West San Francisco. On the South Side of the Boulevard is the UC San Francisco campus. San Francisco – Residents of the Bay Area are undoubtedly very educationally oriented and are surrounded by famous universities such as Stanford, Barkley, UCSF, UCSJ and UC East Bay.

The path now leads the follower back to the northern part of the city. Taking Sunset Boulevard North, the visitor will return to the northern part of San Francisco. Sunset Boulevard will cross Lincoln and enter Golden Gate Park. This park can be similar to Central Park in New York or Hyde Park in London. The park is full of green trees and beautiful flowers. Golden Gate Park is a favorite recreation and relaxation area for residents. There are museums, Japanese garden, open-air theater. People can enjoy the events here. On the weekend, a visitor will be able to meet people jogging or biking. Driving in the park surrounded by green makes the driver feel happy. One can feel better by freeing oneself from the fears, anxieties or anger of everyday life.

After exiting the east gate of Golden Gate Park, the trail heads south again. Driving uphill, the follower of the unit will reach the residential area at the top of the hill. This is Twin Peaks. One can stop the car at the top of the hill and enjoy the view of downtown San Francisco. Driving southeast of the city along Castro Street, drive along Interstate 280, the road will take you to the Business District and finally to the starting point, the San Francisco Civic Center.